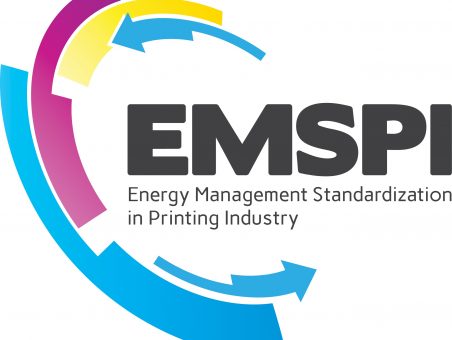 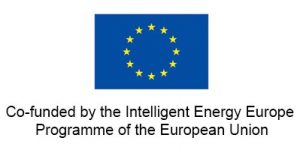 Effort to reduce energy consumption, reduce its costs or effort to use renewable and secondary energy sources is strenghtening in last years. One piece of evidence is the globally applicable standard EN ISO 50001 – Energy management systems. That, as any other standard, provides guidance on the establishment of a comprehensive system which is targeting an optimal energy management.

The European project EMSPI, supported by the Intelligent Energy Europe program (IEE) was aimed at small and medium-sized companies in the printing industry. The main objective of the project was the implementation of energy management in 100 companies in five European countries (Spain, Germany, Denmark, Holland and the Czech Republic).

In the first phase of the project the diagnosis of the energy sector was carried out, which was focused on evaluation of the situation in the printing industry in terms of energy management within each participating country. The results were summarized in graphical display “spider diagram”, which is divided into eight main sections. Each section has four possible answers. 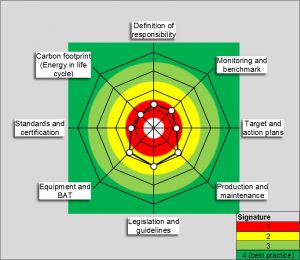 The results showed low levels in several areas. In many companies the responsibility for tasks related to energy management was not identified, energy consumption was not monitored and evaluated, and no goals for reducing energy consumption have not been established. Companies showed a lack of understanding of legislation related to energy management. The environmental impacts as a result of their behavior were not often taken into account.

At the end of the project the same assessment was carried out in 20 Czech companies operating in the printing industry, which decided to implement the energy management system.

As a result of the cooperation of consultants and representatives of the participating companies the individual steps to implement the energy management system were successfully set up. Companies were asked the same questions as at the start of the project. The results are shown in the following diagram. 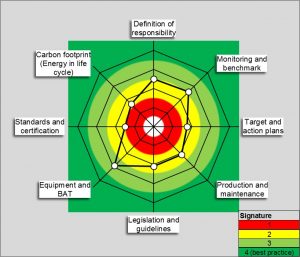 The result showed a significant improvement of approximately 30%, in areas of definition of responsibility and also in monitoring and benchmark. The companies ranked among their priorities the energy performance of new purchased technologies and also created targets and action plans, which will lead not only to saving energy but also to its sustainability.

In other areas, in which the progress compared to the initial evaluation was recorded, we can see an improvement of 10-15%. The total results showed that the situation with reference to energy management in the Czech printing companies improved by 20%. In areas such as target and action plans, standards and certification or consideration of environmental impact (carbon footprint) there is still great potential for change and improvement.

Back to previous page